Two research methods has been applied, by applying qualitative and quantitative research.

I have started with interviewing users to understand their needs when it comes to working with influencers, as mentioned before, users had a long list of influencers saved in an excel sheet, I looked at the excel files to better understand how I can help them in having the influencer profiles on Brandnew. Also, I have done a survey to investigate how many users have issues with having their influencers on the platform.

Analysed and defined the problems and looked at the excel files to identify requirements.

Analysed the gather information from the interviews and from the data sources of mixpanel and hotjar.

I have looked at our current solution of onboarding influencers through sending  a link, which can be sent to them to register. The findings are the following:

Ideation was aiming towards automating the process, to make it effortless for both agencies and influencers.

Users need an easier way to see the influencers that they have on excel sheets and be able to find them on the platform:
I’ve decided to go with the CSV import option while also including personalised emails after a successful import, as it helps the users in importing in bulk in a much faster way, which consists of adding a new import option, and uploading CSV file following a template. 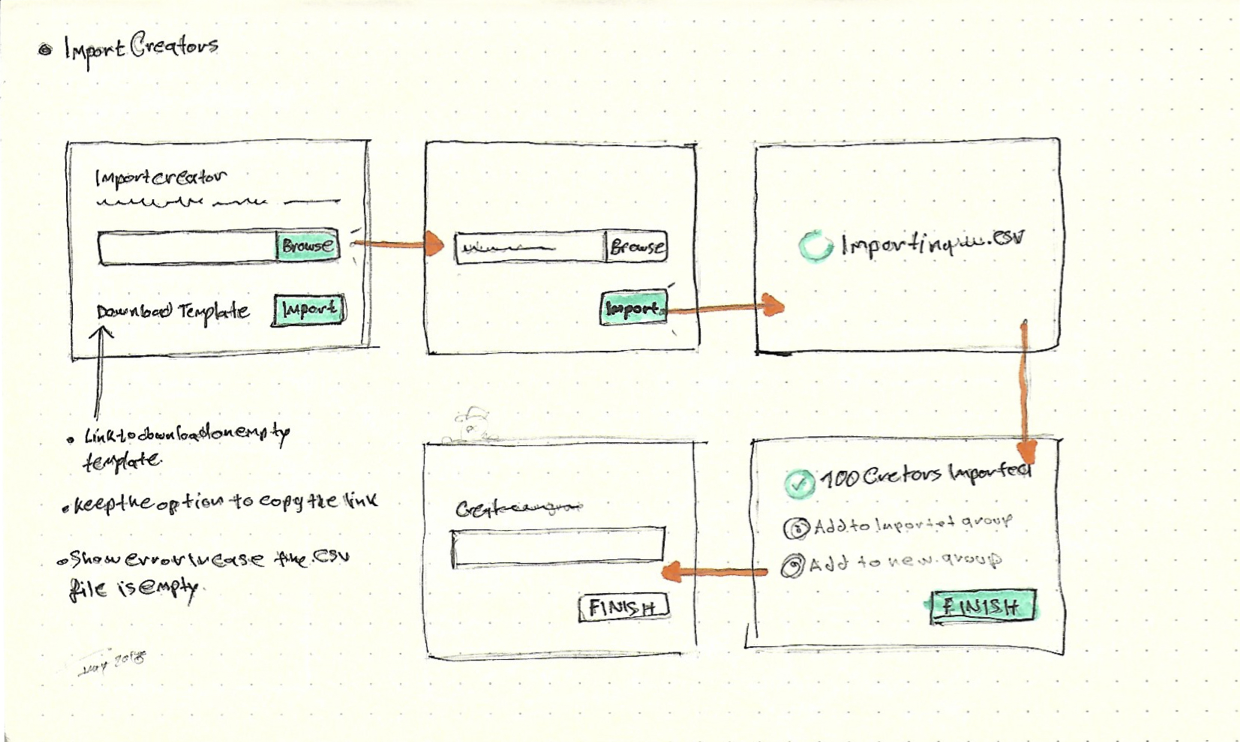 Tested the feature after it’s initial prototype on staging environment.

After testing the prototype, I found a couple of errors related to the CSV when its empty or there are missing details, the user will not be able to import the file, so to communicate these errors, I worked on adding a message showing the error when it occurs.

Second iteration was prepared after the findings from the testing.

An additional use cases has been covered, when there is an error in one of the fields but the others are correct, then the user can continue importing the correct ones anyway. Also, if the list contained influencers that have a Brandnew account already, then they will be added to the group without showing any error of already exist.

Success metrics were identified for the feature, to keep a close eye on the feature usage and plan future iterations.

The growth of the feature usage within three months bypassed the onboard feature that was provided before the CSV import. Also, in the first 3 months, 1371 influencers were newly imported using the feature.

Difference between Onboarding feature and CSV import from the release date. 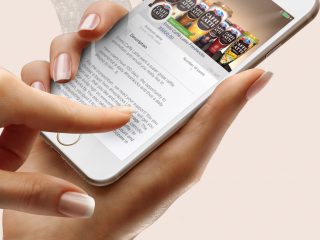 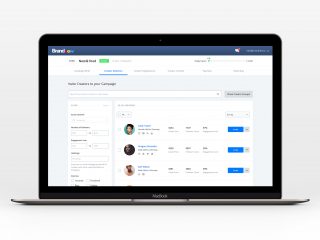